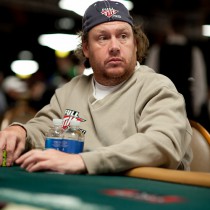 Gavin Smith is one of the most colorful of the world’s top professional poker players. The Canadian native has won a WPT championship, been WPT Player of the Year, and in 2010 won his first World Series of Poker bracelet. In addition, he is known for his uncensored honesty and sense of humor, and for his commitment to family, friends, and charitable causes.

Gavin Smith grew up in Guelph, Ontario. His father started him in cards, teaching him to play cribbage and rummy. He grew up with a love of competitive sports, playing soccer, baseball, hockey, rugby, and golf, the last of which he still plays. He earned a bachelor’s degree in economics but drifted in jobs as varied as taxi driver and greens-cutter for a golf course.

He started playing poker seriously at the age of 26 in the Toronto area’s informal circuit of charity casinos. Two years later, he became a poker dealer to further immerse himself in the game and two years after that (in 1998), he ran his own poker club.

That same year, Smith began playing tournament poker. His first cash came in $500 LHE at Foxwoods, where he finished ninth, earning $1,087. Later in the same tournament series, he finished fifth in $1,000 LHE for $3,300. Gavin developed his skills by becoming a tournament satellite specialist, selling tournament chips won and only occasionally playing big events.

From his early days as a poker player, Gavin attracted the friendship and support of great poker players and great gaming minds. He credits friends Grant Pittman and Jeremy Balka, an expert in statistics with a Ph.D., as mentors. He also became friendly with a prop player he met at the San Pablo Casino outside San Francisco, Erick Lindgren. Lindgren became (and still is) a close friend and backer.

In 2005-2006, Gavin had one of the best two-year runs in modern tournament poker. In 2005, he won over $1.8 million. He made four final tables, winning the $2,000 NLHE at the Mirage Poker Showdown in May and the WPT main event the next week. He followed that up with four cashes at the WSOP and, in October, he finished third in the WPT’s Doyle Brunson North American Championship at the Bellagio.

In January 2006, he finished fourth in the WPT Gold Strike World Poker Open. He was runner-up in the WSOP Circuit Harrah’s New Orleans main event, and cashed another four times at the WSOP that summer, including 11th in the $50,000 HORSE. He earned nearly $750,000 in major tournaments, plus $500,000 for winning the Mansion Poker World Pro-Am Challenge.

Between 2006 and 2009, Gavin’s poker highlights included a final table in the WSOP Circuit Championship at Harrah’s Rincon, the semifinals of the 2007 NBC National Heads-Up Championship, a runner-up finish in PLHE at the 2007 WSOP, and runner-up in the 2008 WPT North American Poker Championship in Toronto. 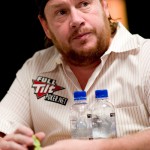 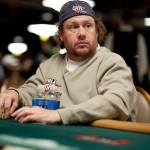