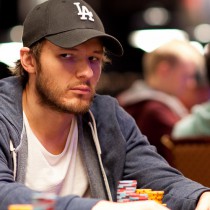 Joe Cassidy is a professional poker player who made his first live-event cash in 2002. Even though he has earned his living primarily as a high-stakes cash-game player, in his first 9 years of tournament poker, he cashed 36 times, made 9 final tables, finished in the money at the WSOP 14 times, and earned over $1.5 million.

Originally from Cheyenne, Wyoming, Joe was born on July 13, 1981 and was in Pre-Law at George Washington University when he discovered poker. He started his poker career by spending weekends playing in Atlantic City. At 24 years old, Joe quit school and moved to Huntington Beach near Los Angeles to begin playing poker full time.

Considered one of the best cash game Limit Hold’em players in the world by many of his peers, Joe collected his first live-event cash of $2,305 at the 2001 Jack Binion World Poker Open in Tunica, when he finished 10th in the $1,000 NLHE event. His other 2 cashes that year were in Los Angeles at the L.A. Poker Classic, and at the Grand Slam of Poker. In 2003, Joe cashed when he took 21st for $23,475 in the $10,000 NLHE WPT event at the World Poker Finals at Foxwoods.

In 2004, Joe cashed at the WPT Invitational in L.A., before finishing 38th for $41,583 in the $25,000 WPT NLHE Championship at the Bellagio Five-Star World Poker Classic. Next, he cashed twice at the WSOP, with his best effort being a 4th place finish in the $1,500 LHE Shootout event for $23,180.  His biggest paycheck of the year came at the United States Poker Championship in Atlantic City, where he collected $362,780 for his runner-up finish in the $9,700 NLHE Main Event. To end his year, the WPT invited Joe to the World Poker Tour Young Guns of Poker Invitational in Las Vegas, where finished runner-up in the NLHE event.

To start 2005, Joe cashed at the WPT PartyPoker.com Million Cruise. At the WSOP, he cashed 4 times, with his best effort being in the $5,000 LHE where he finished 18th for $10,115. He then cashed at the Monte Carlo Millions before collecting $144,895 for his 7th place finish in the $15,000 NLHE Main Event at the WPT Five Diamond World Poker Classic. 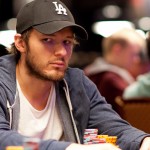