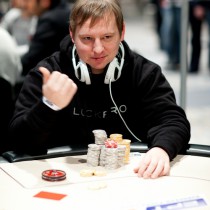 Some poker players have gaming in their veins. Kevin Vandersmissen took on the gaming world at a young age, and his discovery of poker has taken him to new heights in the gaming world, not to mention a new bankroll to go with that.

Kevin Vandersmissen hails from Belgium and grew up with a competitive spirit. In an age where computers and video games run rampant, it was no surprise when he took to a game called Counter Strike, but he took it to a highly competitive level, becoming one of the highest ranked players in the game.

In his late teens, Vandersmissen and friends watched the James Bond movie “Casino Royale” and were intrigued by poker. They initiated some home games for very small stakes, but those weekly games inspired him to learn more about the game. He began to research it on the internet and read all of the articles he could absorb. From there, he opened an online poker account and started with no money, playing freerolls in order to build a bankroll.

It worked. He won $50 and continued to build his account into something more substantial. While working a job in construction, he spent his leisure time playing more poker and improving his skills. He then played part-time and worked his construction job part-time until 2010, when he had a large enough bankroll and enough confidence to decide to play on a full-time basis.

That was 2010. Vandersmissen took his online game to live tables in the form of major tournament series. His first win was in Oostende, where he won a €375 NLHE event for €8,249. He then traveled to the United States, specifically Las Vegas, for the World Series of Poker. Though he didn’t have luck there, he did win a Venetian Deep Stack Extravaganza $500 NLHE tournament for $60,700 to add another win to his record.

Vandersmissen started 2011 with a trip to the Bahamas for the PokerStars Caribbean Adventure, and he finished second in a $1,000 NLHE event there for $75,395. Back in Europe, he made the final table of a €400 NLHE turbo bounty event at the European Poker Tour’s Deauville stop for €3,700.

But it was in Hinterglemm, Austria, at the EPT Snowfest, that he made his biggest cash to date. He made the final table of the €3,500 NLHE Main Event and finished second at the televised event for €260,000.

From there, he cashed in the EPT Berlin and San Remo Main Events, as well as his first WSOP event.

In less than two years, Vandersmissen has accumulated more than $800,000 in live tournament earnings, and he is very focused on increasing that number. With a specialty in 6-max live tournaments but a liking of EPT events, he continues to travel the tournament trail when not relaxing at home in Belgium. 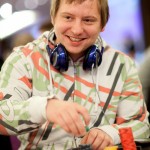 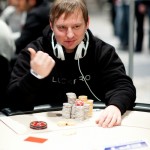 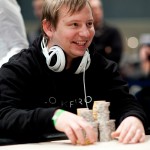