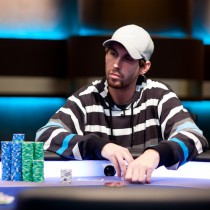 Kyle Julius is a professional poker player who made his first live-event cash in 2009. In the first 3 years of his career, Kyle cashed 9 times, made a pair of final tables, cashed in 3 WSOP events, and earned over $1.6 million. During that time he was also a successful online poker player, earning over $2.4 million.

Kyle was born in 1987 in Naperville, Illinois. In high school, Kyle was highly competitive and obsessed with basketball. When he graduated, a number of universities wanted to recruit the standout basketball player. Kyle chose Illinois Central College, where he continued playing basketball, scoring 17.3 points during the 2005-2006 season.

When Kyle was 18, he was introduced to poker by his older brother Ryan who played online. Ryan convinced Kyle to take up the game, and he was soon playing online, eventually building up a $100,000 bankroll by grinding the cash games.

In poker, Kyle found a game that fed his competitive nature, and he quit college to pursue poker full time. While playing online as “KJulius10,” he had several big tournament scores, including winning $163,222 for taking down the $1M Guarantee, and winning a FTOPS event for $159,243 on Full Tilt Poker. On PokerStars, his accomplishments included cashing in several WCOOP events, winning $95,370 for capturing a Sunday $500, winning a Sunday Supersonic for $38,322, and in February 2011, he won his first Sunday Million title and over $177,000.

To start 2012, Kyle was once again at the PCA, where he entered a field of 1,072 players competing for the $10,398,400 prize pool in the $10,000 Main Event. Even though he had much less live-event experience than many of his opponents, Kyle made the final table, and finished runner-up to John Dibella to take home his biggest poker paycheck of $1.5 million.

For now, Kyle is enjoying the lifestyle of a professional poker player, but admits he doesn’t want to play poker for a living the rest of his life, and has been learning to invest his earnings. When he takes a break from poker, Kyle enjoys watching sports, especially basketball, and is a big fan of all the Chicago sports teams, especially the Bulls. 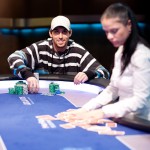 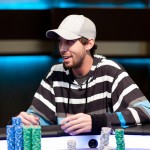 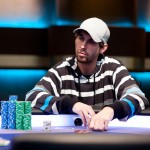 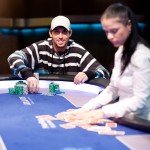