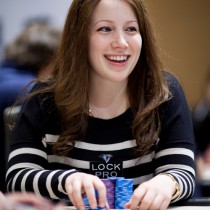 Melanie Weisner is a young poker pro who made her first live event cash in 2009. Since then she has cashed 21 times, including 7 WSOP cashes. She has won events on the EPT twice and earned close to $300,000. During that time she also had several notable online tournament wins.

After graduating in 2009, Melanie turned her attention to a career in poker; making her first live cash of $7,140  when she finished 4th in the $500 NLHE Deep Stack at the United States Poker Championship in Atlantic City. Her other cash that year was at the EPT Prague, which she had qualified for online. There she won the €300 NLHE Ladies Championship for €3,100.

In the first of her 11 cashes in 2010, Melanie repeated her previous EPT final table performance by finishing 4th in the EPT Deauville €200 NLHE Ladies Event to collect €1,600. Her next cash was in Atlantic City at the Borgata Winter Open, before she made the final table at the EPT San Remo, finishing 6th in the €300 NLHE for €2,100.

Now making her home in New York, Melanie was featured on “Idol Week” of NBC\\\\\\\\\\\\\\\’s Poker After Dark and Late Night Poker for the 2011 season.  On the $50,000 buy-in winner take all Poker After Dark episode, she competed against Doyle Brunson, Tom Dwan, Annette Obrestad, Eric Baldwin, and Andrew Lichtenberger. In that contest, Melanie took third place, losing to the eventual winner, Tom Dwan. When away from the poker table, Melanie is a contributor to the online poker radio show, Cold Call. 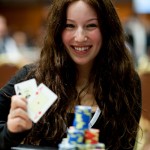 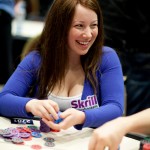 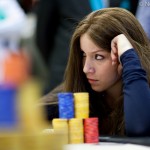 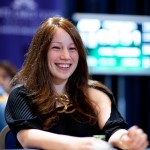 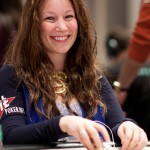 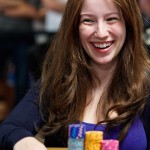