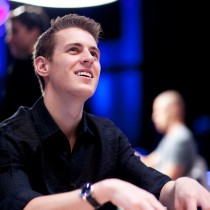 Mike McDonald is a Canadian professional poker player who made his first live-event cash in 2007. In the first 5 years, Mike cashed 32 times, made 20 final tables, won 4 events, was the youngest player to ever win an EPT title, and earned over $4 million. During that time, he has also been a successful online poker player, earning over $1 million.

Mike was born on September 11, 1989 in Waterloo, Ontario, Canada, where he played and taught chess as a teen. He was introduced to poker at a summer math camp, which led to $2 games among 14-year-olds. At age 15, he made a $100 deposit in an online poker site where he started playing micro-limit games as \\\”Timex.\\\” Working his way up in stakes, he migrated to playing tournaments, and by the time he was ready to graduate high school, he had built his online bankroll to $100,000. Over the years, more wins followed, including a $330,000 score for winning an event at Paradise Poker. Since Black Friday, Mike plays on PokerStars where in November 2011, he won The Bigger $100K Guaranteed event for $48,502.

After graduating high school, Mike attended the University of Waterloo to pursue a math degree, but his real passion was to be a professional poker player. Putting his education on hold, he started travelling to play in the live-events that 18-year-olds were allowed to play, like the European Poker Tour (EPT), PokerStars Caribbean Adventure (PCA), and the Aussie Millions.

In April 2010, Mike announced through his blog that he was taking time away from the game, but he did cash 6 times that year. In January, he was at the PCA where he cashed twice, winning the $1,500 NLHE event for $146,804. Later that month, he was at the EPT Deauville, to take 3rd in the €5,000 NLHE Main Event to earn €295,000.  After cashing at the EPT San Remo, he earned €60,700 for finishing 5th in the €5,000 NLHE at the EPT Grand Final Monte Carlo, and had his last cash of the year in August at the Canadian Open Poker Championship. In between tournament events, Mike was attending Wilfrid Laurier University in his hometown.

Mike’s poker hiatus didn’t last long, and in January 2011, he cashed close to home at the Fallsview Poker Classic. Four months later, he finished 5th for €30,000 in the €10,000 NLHE High Roller Turbo at the EPT Grand Final. Finally of legal age in the USA, Mike attended the 2011 WSOP where cashed twice, taking 6th for $73,965 in the $5,000 PLO 6-Max, and finishing in the money in the $10,000 PLO Championship event. Even though he was barely 21, Mike was already a respected poker coach, and was hired to coach eventual 2011 WSOP Main Event winner Pius Heinz after he made the November Nine. Mutual friend Johannes Strassmann introduced them, and the pair conducted sessions via Skype in which they worked out, based on the stack sizes and pay increases, appropriate plays for a variety of circumstances.

Once again shelving school for poker, Mike is a coach and contributor at CardRunners, and continues to play live as well as online. When he takes a break from poker, he enjoys being home in Waterloo where he purchased a condo. While at home, he participates in marathon running, plays volleyball, and enjoys Baseball, Golf, and going to the Lake. 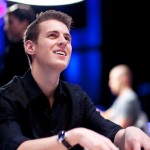 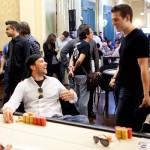 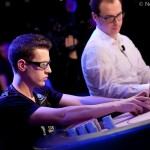 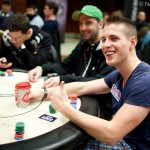 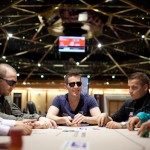 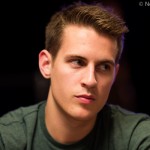 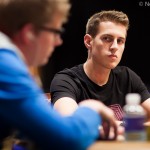 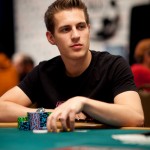 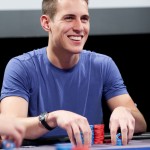 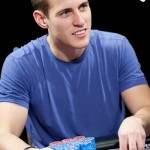