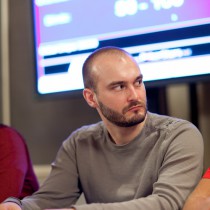 When Nick Binger began playing poker at the urging of his brother Michael later became convinced that tournament poker was not a waste of time, Michael had finished 3rd in the 2006 Main Event. Spotting his famous sibling $4 million in a contest to be the best player in his own family, Nick was bound to suffer initially from comparisons. In less than 5 years, however, he has become a top tournament player, respected for his own accomplishments, especially his ability to survive at the final table and, over the last 2 years, to close the deal.

On January 31, 1982, Nick Binger was born in Delray Beach, Florida. Like his brother, Michael, Nick focused heavily on school during his youth and graduated from high school in 2000. He also completed his bachelor’s degree in chemistry in just 3 years as University of North Carolina at Chapel Hill.

His youth was filled with board games, but cards were not a part of his family’s leisure activities. However, he was a sports-minded youth, playing soccer and baseball, as well as water sports and activities like snowboarding. He also practiced Kung Fu during his latter teen years.

After college, Binger moved to Europe, where he taught English to business people at an Austrian energy company. His purpose was to return to the United States to pursue a graduate degree in neuroscience and begin a career in research, but he began to rethink that lifestyle after living in Europe. It was during his stay there that Michael convinced him to give online poker a try as a way to supplement his teaching income.

The goal-oriented Binger decided to approach the game with the intention of becoming a professional player. He started an online poker account and played small LHE cash games, soon moving to NLHE and sticking with it. Soon, he was making thousands of dollars each month and living well.

By late 2006, he was playing more online poker tournaments and made the decision to look into playing some live events. Upon returning to the United States in 2006, he began playing tournaments with his newly accumulated bankroll. He cashed in several Five Diamond World Poker Classic events at the Bellagio, and he made the final table of a Borgata Winter Open NLHE event in January of 2007, finishing 6th for $48,400.

That same year, he played his first World Series of Poker, and he cashed 4 times. He also finished 3rd in a $2,500 NLHE event at the Bellagio Cup, then ended that year with final tables at the Borgata Poker Open and the Five Diamond World Poker Classic, the latter bringing in $90,000 and his biggest cash of 2007.

In 2008, he made final tables at the Aussie Millions and on the WSOP Circuit, and he made his first WSOP final table that summer in Las Vegas. But his 3rd place finish in the $1,500 LHE/NLHE event was his self-diagnosed worst moment in poker, as he had 75% of the chips during 3-handed play but “tilted off my whole stack.” He claims it took him several months to recover from that disappointment.

Subsequent events demonstrate that he learned those (expensive) lessons well.

Back in action that fall, he won his first tournament, taking down a $2,000 NLHE event at the Festa al Lago at the Bellagio for $78,490, and he made two other final tables in that series.

After several cashes in 2009 at WPT and WSOP events, he played the Deep Stack Extravaganza at the Venetian in Las Vegas and won the $5,000 NLHE Main Event for $377,228. He considers that as his best moment in poker thus far, as he played a long day and controlled the final table.

Since then, Binger won a $1,000 NLHE event at the Southern Poker Championship and final tabled another WSOP event in 2010, taking 3rd in the $1,500 2-7 Draw event. He also final tabled the PokerStars Caribbean Adventure Bounty Shootout in 2010 and an event at the L.A. Poker Classic.

Nick won his first WSOP bracelet at the 2011 World Series. In his last shot before the Main Event, Binger won the $5,000 PLO8, outlasting a star-studded final table and earning $397,073.

By the end of July 2011, Binger accumulated more than $2 million in live earnings, in just 4 ½ years of live tournaments. He claims that solid bankroll management and emotional stability are keys to success, and he credits his brother, along with various poker books and friends like J.C. Tran, with influencing his game for the better. 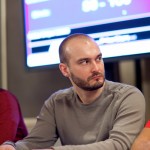 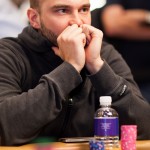 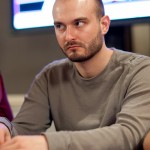