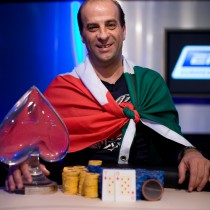 The Italian poker community is well aware of Salvatore Bonavena and his years of success in poker, but the larger community didn’t discover him until his big win EPT win in 2008. He’s more than willing to pay his dues on his way up the poker ladder.

Salvatore Bonavena was born in Pannaconi of Cessnock, a small village in the Vibo Valentia province. It was in his adult years that he moved to Milan to open a tobacco shop, working for a housing association, and participating in the real estate business, the latter out of the desire to commute to Calabria to be closer to his family. However, none of his business options panned out in the long run. That left him to support his wife and children, so he turned to his knowledge of Texas Hold ’Em.

Poker was a pastime with friends and family, a game that took him away from the stresses of everyday life, but he eventually turned to it for an income. Playing poker in casinos and private games led him to believe he could make money in tournaments. In 2006, he decided to try it by traveling to the casinos in San Remo.

Bonavena’s first cash came at the final table of a €300 NLHE tournament in San Remo, where he finished 3rd for €7,150. He finished the year with two more final tables – runner-up at the Campionato Italiano di Texas Hold’em for €18,100 and 8th in the €1,000 NLHE Main Event at the NLHE Festival in Saint-Vincent for €4,416. He also took 2nd place in the Italian Champions of San Remo the following year in a NLHE shootout event for €20,010.

All the while, he was learning from the success of some of the best Italian players like Dario Minieri and Claudio Rinaldi. They, along with others like Gino Alacqua, became his mentors, and he began to study the psychology and math of the game.
Continuing to do well on the local Italian tournament circuit, Bonavena sought his first win. He traveled to Prague in

December of 2008 for the European Poker Tour and played in the €5,000 Main Event, winning it, along with €774,000. It was the biggest cash of his career and led him on a path to becoming a sponsored pro for the Italian group of Team PokerStars Pros.

From there, Bonavena traveled more often, even to the World Series of Poker in Las Vegas in 2009, where he cashed in 157th place in the $ Main Event for $40,288. He finished that year with a win at the Sisal Italian Champions of Poker in San Remo for €58,000 and started 2010 with victory in the Italian Poker Tour Main Event in Venice for €155,000.

The husband and father of two sons, Salvatore, now in his mid-40s shares every poker success with his family, who watch online when possible. Though he values his new life in poker, he puts his family and his land above all, and he still finds time to feed a lifelong love of football in his leisure time. 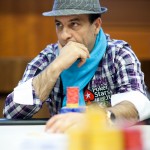 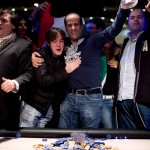 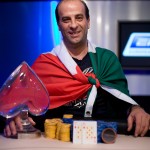 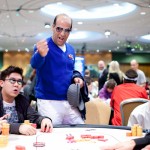 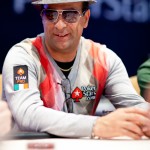