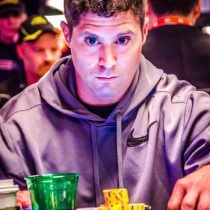 Scott Clements is a professional poker player who made his first live-event cash in 2005. In the first 7 years, Scott cashed 90 times, made 53 final tables, won 16 events, won a pair of gold bracelets, and earned close to $5 million. During that time he was also a very successful online poker player, earning over $1.6 million.

Scott was born on July 19, 1981 in Mount Vernon, Washington. Growing up in Mount Vernon, he excelled at sports, especially baseball, and thrived on competition. Over the next few years, he attended 6 colleges, where he was introduced to poker when he hosted a friend’s poker games in his garage. He quit school to open a mortgage company with a partner, but when the parent company closed the doors, Scott turned his full attention to poker.

Scott started playing online as “BigRiskky,” and quickly became a well known internet pro on 7 different poker sites, with several scores to his credit. Some of his recent accomplishments online were on PokerStars, where he finished runner-up in a 2011 WCOOP event for $26,065, and won a PCA qualifier for $15,780. As a member of the Full Tilt Pro team, he played as “Scott_Clements” and took down a 2011 FTOPS event for $290,500 at Full Tilt Poker.

Scott’s next cash was at the 2006 WSOP, where he cashed twice, winning his first gold bracelet and $301,175 when he took down the $3,000 Omaha-8 event. After cashing twice at the Bellagio Cup, and 3 times at the WSOP Circuit Harrah\’s Lake Tahoe, he won his first WPT event at the Canadian Poker Open North American Poker Championships, when he took down the C$2,500 NLHE to earn C$250,027. The next month, he finished the year by cashing at the British Columbia Poker Championships.

To start 2007, Scott finished 8th in the $7,800 WPT NLHE Championship Event to earn $51,873 at the PokerStars Caribbean Poker Adventure (PCA). He cashed at the Great Canadian Freezeout, and twice at the Five Star World Poker Classic, finishing runner-up in the $2,500 NLHE to earn $163,205. After cashing at the Johnny Chan Poker Classic, he was at the WSOP where he cashed 5 times.

At the 2010 WSOP, Scott cashed 3 times, which included finishing 18th in the Main Event for $396,967. His next cashes were at the Bellagio Cup, the Canadian Open Poker Championship, The River Guaranteed Poker Series, and a pair of cashes at the Festa Al Lago, where he won the $1,000 NLHE to earn $51,000.

To finish 2011, Scott cashed 3 times at the Doyle Brunson Five Diamond World Poker Classic, which included making the money in the WPT Main Event. His last pair of cashes were in December, when he made the money twice in Epic Poker League events, finishing runner-up for $22,420 in the $2,000 NLHE Turbo, and taking 5th in the $20,000 NLHE Mix-Max Main Event to earn $89,680.

In 2007, Scott got married. His wife Courtney attends some live events with him, helping him maintain a healthy lifestyle while traveling and playing poker. When Scott is away from poker, he spends time with Courtney and their expanding family. He likes to stay active by working out, playing basketball, and playing golf. 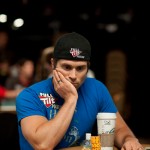 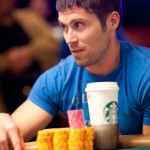