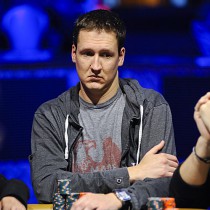 Sean Getzwiller recorded his first live event cash in 2008. Since then he has cashed 20 times, made 7 final tables, finished in the money in 11 WSOP events, won a gold bracelet, and earned entry into two Epic Poker League Main Events through the Pro/Am, including making a final table in the 8-Max Main Event. He has earned nearly $1 million in live tournament play.

Sean was raised on a ranch near Tucson, Arizona. While attending college, he day-traded on the side, experiencing big swings that eventually resulted in failure. After college, he had the same experience in the real estate market: a chance for success that did not pan out. When the real estate market crashed in 2007 he decided to switch gears and become a professional poker player. It wasn’t long before he made the move to Las Vegas, where he would be closer to the cash game and live tournament action.

Sean, while not an Epic Poker League member, finished in the top 9 of each of the first two Inaugural Season $1,500 Pro/Am Events, earning his seat into both the 6-Max and 8-Max $20,000 Main Events through the $1,500 Pro/Am. In the September Main Event, the 8-Max, he made the final table, finishing7th,  and earning $69,040. That final table appearance also earned him provisional eligibility into the December Epic Mix-Max Main Event.

In just a few short years, Sean has proven that his decision to go from real estate to poker was a good one. His ambition is to keep progressing as a poker professional. Besides poker, Sean’s hobbies are snowboarding and barreling. 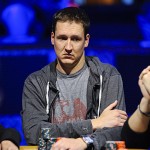 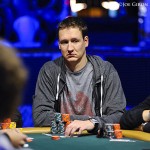