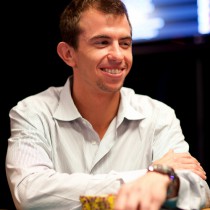 Shannon Shorr is a professional poker player who made his first live event cash in 2006. In the first 5 years, he cashed 71 times, won 6 events, made 30 final tables, cashed in 20 WSOP events, and earned close to $4 million.

Shannon was born on June 7, 1985 in Birmingham, Alabama. In high school, he was an avid baseball player, but once enrolled at the University of Alabama-Birmingham, he gave up baseball for poker. Although he took a break from college to play poker, Shannon returned to school, and in 2010, earned his Bachelor’s degree in Business Management.

At the beginning of 2006 Shannon was just shy of his 21st birthday, which meant he was too young to play poker in Las Vegas. He flew to Australia, where he was of legal age to play, and entered the Crown Australian Poker Championships. It was there that he made his first live event cash for A$271,700 when he finished 4th in the A$10,000 Main Event. The same month, he was runner-up in the $5,000 NLHE event at the Canadian Poker Championship for $75,265. He went on to make the final table at the Vienna Spring Poker Festival, and cashed at the World Heads-up Poker Championships in Barcelona.

Shannon cashed 14 times in 2007, which included final tabling the Ultimate Poker Challenge Championship Main Event. He cashed twice in WSOP Circuit events, and twice in Doyle Brunson Five Diamond World Poker Classic events, taking 3rd in the $5,000 NLHE for $102,295, and earning $28,905 in the WPT $15,000 NLHE. At the WSOP, he cashed 3 times with his best effort being 5th place to earn $46,060 in the $5,000 NLHE World Championship Heads-up event.

Shannon’s first 5 cashes in 2010 were all at the WSOP, which included finishing 33rd for $14,629 in the $5,000 NLHE 6-Max, and making the money in the Main Event. His other cashes that year were at the NAPT Los Angeles, the Fall Poker Open Championship, and a 6th place finish for $100,151 in the $10,000 NLHE Regional Championship event at the WSOP Circuit Horseshoe Hammond.

By October 2011, Shannon had cashed 9 times for the year. After cashing at the PokerStars Caribbean Adventure, he took 4th in the $9,700 NLHE WPT Championship Event at the Southern Poker Championship for $144,985.

Shannon is well known for his laid back disposition and his passion for college sports. When away from the poker tables, he can be found on Twitter discussing sports and his current favorite books with friends and fans or writing on his website, ShannonShorr.com 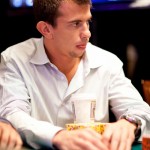 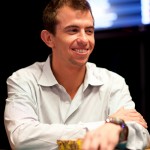 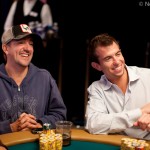