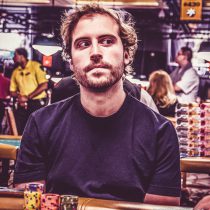 For Tom Marchese, 2010 was a breakout year for the young poker star. The New Jersey native has won an NAPT title, was named CardPlayer’s 2010 Player of the Year, and has a knack for finding himself at the final table at some of the biggest tournaments around. This poker phenom has said he plans on being wise with his winnings, investing and saving his cash in hopes of setting himself up for life.

Poker was an early love for Marchese. He began playing poker in a $5 home game with friends in high school. In 2006 while in college, Marchese began playing online under the screen name “kingsofcards.” With the aid of $50 transfers online from some friends, he ran up his bankroll from $300 to more than $30,000 playing LHE moving up from $.50/1 to $30/60 witin several months. He eventually cashed out the majority of his bankroll and moved to NLHE cash games, starting $2/4 limits on for an extended period before regularly playing $25/50 and higher.

His poker education paid off. By 2007, he turned his bankroll into more than $200,000 playing heads-up and short-handed NLHE games. Marchese had earned a reputation as a feared online poker rounder.

With so much success on the poker felt, Marchese left school with eyes toward Las Vegas. He and a group of friends made the move to Sin City, landing in a “poker house,” where they played online, discussed strategy, and bounced ideas off each other. Marchese continued to find poker success online and made the move to live poker in 2009. The next two years would be a whirlwind of success.

In January 2010, he entered the Borgata Winter Open in Atlantic City, making the final table of the $3,300 NLHE Main Event. He would finish third, pocketing $190,027. His run continued in February back in Las Vegas, this time winning the NAPT Deep Stack Extravaganza at the Venetian for a cool $827,648.

Throughout the second half of 2010, Marchese continued making final tabling and cashing – highlighted by a seventh-place finish in the EPT/UKIPT Grand Final in London, earning $156,490. Another highlight came in October, taking third at the WPT World Poker Finals in Connecticut ($211,759) and capped his year off with another victory in a $1,000 event at the Doyle Brunson Five Diamond World Poker Clasic in Las Vegas ($45,958). Marchese earned more than $2.1 million in 2010 alone.

While still hoping for that first WSOP bracelet and WPT title, Marchese has become a consistent finisher on the poker tournament scene. 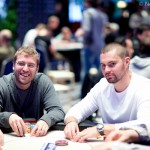 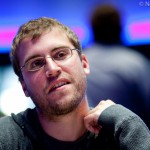 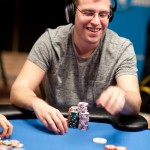 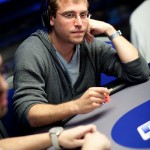 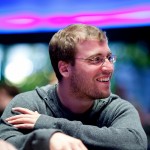