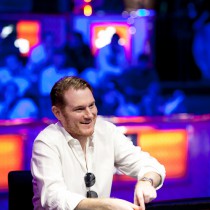 The name is new to most in poker, but it only took Andy Frankenberger a year to move from Wall Street to the world of high stakes poker, taking two major titles and a Player of the Year award in less than one year.

Andy Frankenberger hails from New York City, where he was born, though he spent much of his youth in Massachusetts. While in high school, he spent a Semester abroad in Siberia as an exchange student, where he became fluent in Russian. He then attended Duke University and graduated with degrees in Economics and Russian.

Graduation led him to a job on Wall Street, where he worked for companies like JP Morgan and BNP Paribas as a derivatives trader for 14 years. Though he was happy with his work and made a nice living, he left it in March 2009 to seek satisfaction elsewhere and grow as a person. First, he traveled, and then he made a surprising jump into poker.

Poker had been a leisure activity for Frankenberger for several years, as he played in casual games with the likes of Olivier Busquet and low buy-in tournaments online. During his time on Wall Street, he even played a live tournament with other traders and won a seat to the 2008 World Series of Poker Main Event. He traveled to Las Vegas to play, didn’t cash, but enjoyed the experience. He also went back to the WSOP in 2009 after quitting his job, but again he wasn’t able to cash.

When Frankenberger decided to concentrate fully on poker in 2010, there was no stopping him. His dedication to the game led to immediate cashes in events like the Borgata Winter Open and the World Series of Poker Circuit, both in Atlantic City. He then attempted the WSOP again, that time cashing in one event.

But while in Las Vegas that summer, he played a $3,000 NLHE event at the Venetian Deep Stack Extravaganza and won it for $162,110. That solidified his path for the unforeseen future as a poker player.

From there, he decided to play in a World Poker Tour event in Los Angeles in August of 2010. He not only played the $5,000 NLHE Championship at the Bicycle Casino, but he found victory there and $750,000 in prize money. Two months later, he was back on the WPT when it hosted the Main Event at Festa al Lago, and he made the final table of that $10,000 NLHE Championship, ultimately finishing in fifth place for $161,200. And he made a deep run in December at the WPT Doyle Brunson Five Diamond World Poker Classic, finishing 16th.

The year ended with a final table at the WSOP Circuit in Atlantic City, where he finished sixth for $66,785. He started 2011 with cashes at the Wynn Classic and the Battle at the Beach in Pompano Beach. But he also won an award that didn’t involve another cash. When the WPT wrapped its season in May, Frankenberger was designated as the Season IX Player of the Year for his performance in those three WPT events.

When the WSOP started in 2011, he was determined to score big, and he did just that by winning his first WSOP bracelet in a $1,500 NLHE event, taking home $599,153 for it and guaranteeing his place in the FS+G. In October 2011, he made another WPT final table at the World Poker Finals at Foxwoods for $99,585. That result also gave him the title of WPT Season X Player of the Year. In November 2011, Andy entered a tough field in London for the PartyPoker Premier League Mixed Game Championship and won the title for $100,000 playing a combination of NLHE, PLO, and PLHE.

While Frankenberger is not sure where his life will take him or how long he will play poker, he has sure taken the world by storm of late and has no plans to quit anytime soon. 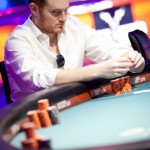 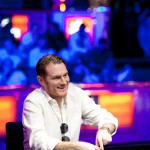 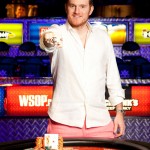 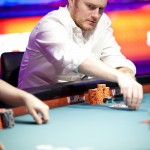