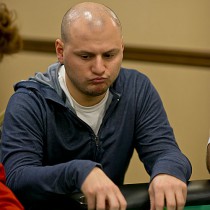 Daniel Buzgon is a professional poker player who made his first live-event cash in 2007. In the first 4 years, Daniel cashed 26 times, made 5 final tables, cashed in 9 WSOP events, and earned over $640,000. During that time he was also a successful online poker player, earning over $2 million playing on the major online poker sites.

Daniel was born in 1984 in Philadelphia, Pennsylvania. He started playing poker in 2003 while attending Arizona State University, where he earned a degree in Agriculture Business and Professional Golf Management. Before becoming a professional poker player, he worked at many golf courses and gave golf lessons.

While living in Marlton, New Jersey, Daniel made his first live-event cash close to home, at the 2007 WSOP Circuit event in Atlantic City, where he cashed twice. First, he earned $752 for finishing 34th in the $500 NLHE, and the next day, took 24th in the same event for $936.

His next cash was at the 2008 WSOP where he cashed twice, including a 72nd place finish in the Main Event for $96,500. He also cashed in 2008 in Atlantic City at the United States Poker Championship and the WSOP Circuit at Harrah\\\\\\\’s.

In 2009, Daniel cashed 5 times. He started the year by cashing twice at the Borgata Winter Open, including 5th place in the $350 NLHE for $10,290. His other cashes were at the WSOP, the Venetian Deep Stack Extravaganza, and the WSOP Circuit event at Harrah’s Atlantic City.

As of November, Daniel had cashed 10 times in 2011.  In January, he cashed twice at the Borgata Winter Open, including a 16th place finish in the $3,300 NLHE Championship event for $14,250. After cashing at the WSOP Circuit event at Caesars Atlantic City, he cashed 3 times at the WSOP, including in the Main Event. 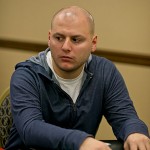 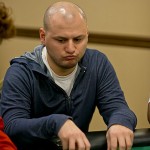