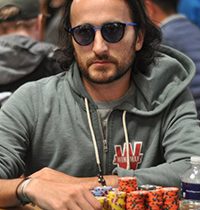 He is hailed as one of the most famous poker players from Belgium to find success on the larger world poker stage. Davidi Kitai is proud of where he came from and nothing but excited about where poker might take him.

Davidi Kitai was born in 1980 in Antwerp, Belgium, though he eventually moved to Brussels, where he currently resides. His youth was dedicated to his studies, and he went on to graduate from university with an economics degree. He journeyed into the world of business as an economic analyst, working for a banking institution and handling macroeconomic investment issues.

It was in his 20s that Kitai discovered poker and began playing with friends. Trips to casinos and experiments with online poker led him to see his own talents for the game, and he continued to play with more fervor.

In 2006, Kitai ventured across Europe for a few events and scored his first cash at the Barcelona Open in a 500 NLHE event. But he quickly did better with his first win later that year, taking down the €1,000 European Finals of Poker Gold Championship event for €30,610.

He made his first trip to the United States for the World Series of Poker in 2007 and managed a cash in the Main Event, but it was back at the WSOP in 2008 that he did even better. He cashed in three events, one being a sixth place finish in a $5,000 NLHE event for $120,693. And he claimed his first gold bracelet in another by winning the $2,000 PLHE event for $244,583, along with the designation of becoming the first WSOP gold bracelet winner ever from Belgium.

Kitai then went back to Europe and made a major European Poker Tour final table at the Barcelona Open, finishing in the €8,000 NLHE Main Event in third place for €455,000. He cashed in numerous other events, like the France Poker Tour, Master Classics of Poker, and the Belgian Poker Championship. Back at the WSOP in 2009, he final tabled another event, taking fourth place in the $10,000 PLHE World Championship for $183,638.

Other significant for Kitai included fourth place in the Euro Finals of Poker in Paris, and a victory at the 2011 World Poker Tour Celebrity Invitational for $100,000.

Kitai is a member of the Winamax team of poker players, and he tours the world on behalf of the website. He takes great pride in representing his small country of Belgium, and with the support of family and friends, his successes have been even better.

The young Kitai already has more than $1.6 million in live tournament earnings through the first half of 2011, less than five years after he hit the live circuit running. 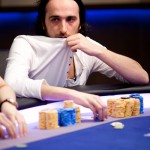 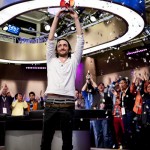 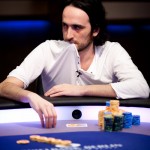 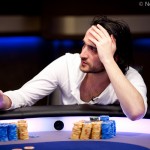 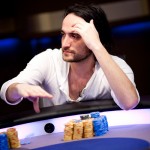 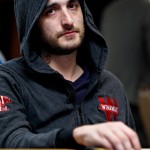