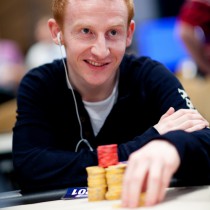 Dermot Blain is an Irish poker player who made his first live-event cash in 2008. In the first 3 years, he cashed 24 times, made 9 final tables, won the APPT Macau, cashed in 3 WSOP events, and earned close to $1.2 million.

Dermot was born in Sligo, Ireland in 1984. While growing up, he was an avid sports fan and played soccer, football, and basketball, which fed his competitive nature. He attended St Catherine’s Vocational School in Killybegs and the Sligo Institute of Technology, taking a three-year sports and recreation course and earning a business degree. After college, Dermot moved to Derry and worked in sales. In his spare time he started playing poker, and after winning close to $20,000 in 3 weeks in cash games, gave up his day job for the life of a poker pro.

Dermot’s first live-event cash was at the 2008 Irish Masters Festival in Dublin, where he competed against a field of 128 players in the €150 NLHE, taking 5th place for €1,000. Although that was his only cash that year, he came back in 2009 to cash in 8 events.

In August 2009, Dermot was at the Asian Pacific Poker Tour (APPT) in Macau where he cashed 3 times, making the final table in each event. He started his run by finishing 3rd for HK$16,200 in the HK$2,300 NLHE, and taking 4th in the HK$10,000 NLHE for HK$103,210. In the HK$40,000 NLHE Main Event, he outlasted a field of 429 players to win the event and earn HK$4,194,000. His other cashes that year were at the Ladbrokes Irish Poker Festival Killarney, the WPT Marrakech, the PokerStars UKIPT Galway, and at the Fitzwilliam Card Club Poker Festival Dublin, where he cashed twice.

As of mid-October, Dermot had cashed 7 times in 2011. He spent the first half of the year competing in the USA, starting with an 11th place finish in the $9,700 NLHE Championship Event at the Southern Poker Championship Biloxi to earn $24,826.  At the Chad Brown Poker Series in Orange Park, Florida, he took 4th for $29,170 in the $5,000 NLHE Main Event, and cashed at both the WSOP and the Deep Stack Extravaganza before going back to Dublin.

In September, he cashed at the UKIPT Dublin, and the EPT/UKIPT London. In October, he was at the 2011 WSOP Europe Cannes, where he made the final table in the Main Event, finishing 5th to collect €275,000.

In his spare time, Dermot enjoys watching sports and partying with friends. Although listing his current home as Las Vegas, Dermot has said he hopes to buy a home in Dublin someday to be close to family and friends. As for his future goals, he wants to win another major tournament title and says he can’t really see himself doing anything other than playing poker, because it is the only thing he thinks he is really good at. 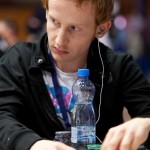 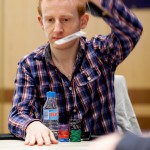 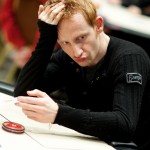