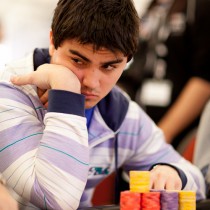 Fabrizio Gonzalez made his first live event cash in 2009. In the first 3 years, he cashed 12 times, made the final table twice, won an event at EPT Berlin, made the money in 6 WSOP events, and earned over $260,000. Since 2008, he has been a top online tournament player.

Making his home in Montevideo, Uruguay, Fabrizio was a professional soccer player before turning poker pro. He began playing poker online in 2008 and by 2011, had earned close to $3 million. In 2010, playing as “SixthSenSe19’ on PokerStars, Fabrizio won the WCOOP NLHE Heads-up event for $120,000 and the WCOOP Second Chance for $95,000. The same year, he finished runner-up in the Full Tilt Poker $200k Guaranteed to collect $45,300.

By October 2011, Fabrizio had cashed 7 times for the year and won the €2,000 NLHE Turbo Bounty event at the EPT Berlin to earn €31,500.  He started the year by cashing at the Big Event in Los Angeles and after his win in Berlin, cashed in the EPT Grand Final Main Event in Madrid. 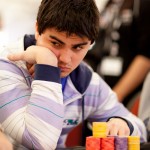 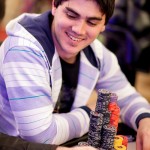