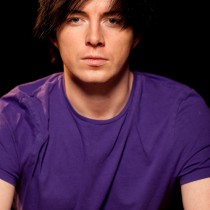 Jake Cody is a British professional poker player who made his first live-event cash in 2009. In the first 3 years, Jake cashed 21 times, made 12 final tables, won 4 events, cashed at the WSOP 4 times, won a gold bracelet, and earned over $3.1 million. During that time he was also a successful online poker player, earning over $670,000.

Jake was born on July 4, 1988 in Manchester, England. In his teens, he started playing poker online as “neverbluff67” after he deposited $10, and claims to have never supplemented that bankroll outside of poker winnings. Playing at Full Tilt Poker, he scored in several online tournaments, including earning $198,000 in a FTOPS event in 2009.

The Rochdale native was studying psychology at university before giving up his studies to pursue poker professionally, a decision that didn\\\’t initially sit well with his parents. Jake credits his success online to hard work; constantly reading about poker, posting on forums discussing hands and strategy, and playing 12 hours a day.

For the 3rd cash of his career, Jake was at the 2010 EPT Deauville, where he won the €5,000 NLHE Main Event to collect €857,000. He went on to cash at the UKIPT Coventry, the RPS Riga, the UKIPT Edinburgh, and win the Main Event at the WPT London for his first WPT title and £273,783. To finish the year, he cashed at the Full Tilt Poker Late Night Poker event, the DTD Monthly Deepstack, and cashed twice at the EPT/UKIPT London, where he made the money in the Main Event, and finished 3rd in the £2,000 NLHE to earn £31,370.

Jake’s first cash of 2011 was at the PCA where he made the money in the EPT Main Event. At the UKIPT Nottingham, he won the £1,500 NLHE High Roller event to earn £34,200. Finally turning 21, Jake attended his first WSOP where he cashed 3 times. He started by winning his first gold bracelet in the $25,000 NLHE Heads-up Championship to earn $851,192 and become the youngest player ever to achieve the prestigious Triple Crown. At age 22, Jake joined the handful of players who have won the Triple Crown by winning an EPT, WPT and WSOP title. After collecting his bracelet, he went on to cash in the $2,500 NLHE 6-Max, and the Main Event.

In the fall of 2011, Jake finished 7th for €150,000 in the Main Event at the WSOP Europe Cannes, cashed at the Black Belt Nottingham Live, and at the Coral Late Night Poker event. He wrapped-up his amazing year by making a pair of final tables, finishing runner-up for £115,054 in the £2,500 NLHE Main Event at the Grosvenor UK Poker Tour Grand Final London, and finishing 3rd in the £1,000 NLHE Re-Entry event at the Monte Carlo Nottingham to earn £31,293.

On November 17, 2011, Jake signed a sponsorship deal with the online poker site PKR.com, becoming a member of Team PKR Pro. He is excited to be representing PKR in the world\\\’s biggest live poker tournaments, and looks forward to writing strategy articles, and being a commentator on PKR TV. 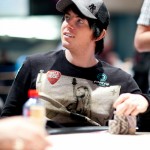 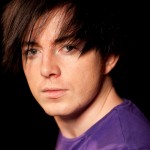 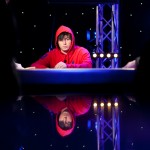 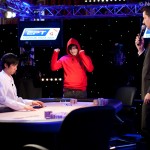 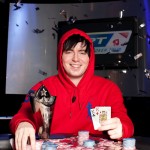 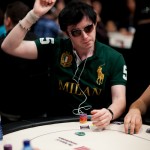 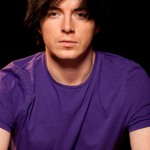 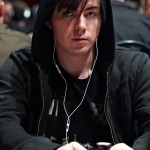