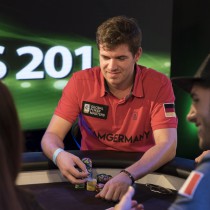 Marvin Rettenmaier is a familiar face on the European poker circuit. Since 2007 he has cashed 32 times including five times at the WSOP, made 21 final tables, won three events and amassed over a million dollars.

Before he was known as ‘Mad Marvin’ on the tournament circuit, Rettenmaier went for his Bachelor’s degree in Management. He learned the game in 2007 and when started entering live tournaments, he stayed close to his home of Leonberg, a town in the German federal state of Baden-Wuerttemberg.

He quickly became known on the European poker circuit with his first cash at the 2009 Christmas Poker Festival in Wiesbaden, where he finished second in the €1,500 NLH Main Event to win €22,000 ($32,150). But it was the next year, in 2010, that he would set the tournament trail on fire with 18 cashes and 13 final table appearances.

Although Rettenmaier attended his first WSOP in 2008, it wasn’t until 2010 that he found success by cashing three times. He made one final table and finished seventh to pocket $78,681 in the $1,500 NLH event. While in Las Vegas he also made the final table at the Venetian Deep Stack Extravaganza III in the $500 NLH event where he won $5,655 for ninth place. Marvin followed his success in Vegas with a string of four final table appearances in a row.

Continuing his winning streak in 2010, Marvin cashed at the EPT London, the CAPT European Poker Championship/Poker EM in Baden, the WPT Amneville and the EPT Prague. But it was at the Spanish Poker Tour Grand Finale in Lloret de Mar where he took home €111,000 ($150,696) for winning the €3,000 NLH Main Event. Due to his amazing run, Marvin was named 2010 Poker Newcomer of the Year by poker news website PokerOlymp.

Rettenmaier started off 2011 on Paradise Island, in the Bahamas by playing in the EPT Pokerstars Caribbean Adventure. He cashed in the $10,000 NLH Main Event and three days later, took third in the $1,000 NLH 6 Max event for $40,880. He followed up with a final table appearance in the WPT Venice and cashed twice at the EPT Deauville; once by placing second in the €1,000 NLH event for €36,000 ($48,998). He hit his next final table in Paris at the France Poker Series Grand Final €1,800 NLH event where he took the trophy and the first place prize of €244,036 ($332,470). He then cashed in the Unibet Open Malta and twice at the France Poker Tour Season 6 Grand Final in Paris before heading to the WSOP.

Back in Las Vegas, Marvin cashed in two 2011 WSOP events and won the Grand Poker Series $1,080 NLH Grand Finale Championship at the Golden Nugget for $54,713.

Marvin has proven time and again that his peers are right when they say they think he has what it takes to be a poker star. Other than his talents at the poker table, he is also good singer and keyboard player, which he proved at his victory party after winning the France Poker Series Grand Final. 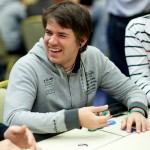 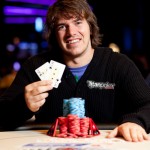 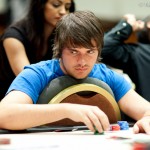 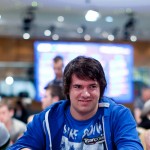 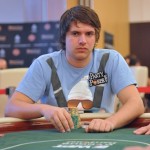 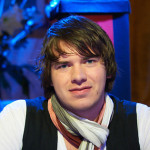