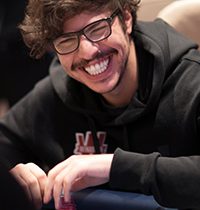 Mustapha Kanit is an Italian professional poker player who first cashed in a live poker tournament in 2009. In the first 2 years, Mustapha cashed 24 times, made 13 final tables, won 4 events, and earned over $700,000.

Mustapha was born in Italy in 1980 and makes his home in Ravenna. He started playing poker with friends in 2008 while in college, both live and online at PokerStars. In 2009, he decided to quit school and devote his time to poker.

Mustapha’s first live event cash came at the 2009 La Notte Degli Assi in Milan, where he finished 44th in the €300 NLHE for €500. His other cashes that year were at the Red Sea Poker Cup Sharm el Sheikh, where he cashed twice, along with a money finish at the Italian Rounders Poker Tour Campione, Cassin.

In 2010, Mustapha cashed 11 times, starting with a runner-up finish in the €1,000 NLHE at the Malta Poker Dream Portomaso for €53,500. After cashing at the Assogold Grand Slam of Poker, the EPT Grand Final Monte Carlo, and cashing twice at the EPT San Remo, he won the SFr500 NLHE at the Italian Rounders Poker Club to earn SFr26,864. At the Estrellas Poker Tour, he finished 5th for €13,000 in the €910 NLHE Main Event, and went on to cash at both the

IPT and the Poker Grand Prix in Venice. 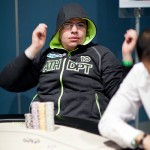 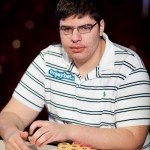 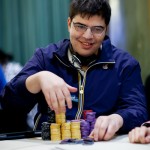 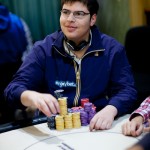