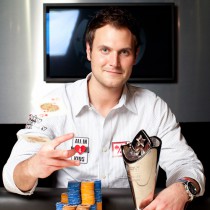 His name doesn’t roll off the tongues of non-German speakers, but Tobias Reinkemeier is a name that the poker community has learned quickly. In only a few short years in live tournament poker, he has gained much respect, not to mention over $2.2 million.

Tobias Reinkemeier was born in the North Sea town of Cuxhaven, Germany, in the late 1980s. He took up the game of poker in January of 2006 and decided to invest $50 into an online poker account in order to try his skills at the real money tables.

It didn’t take long for Reinkemeier to build an online bankroll, as he became proficient in SnG play and eventually moved up to higher buy-in MTTs. Though he was becoming a well-respected German player online, he craved live tournament action, which he was able to legally do at his young age.

His first live tournament trip was little more than a year from the start of his poker life, and he headed to the European Poker Tour stop in Dortmund to play the events there. And he won a €500 Hohensyburg Open event for €30,500.

Reinkemeier continued to play the live circuit while padding his bankroll with online successes, and he made final tables later in 2007 at the Poker Olymp.de Open in Hamburg and the Austrian Classics in Vienna. But it was in 2008 that he starred at the Casino Bremen Open, final tabling the €800 NLHE event and the €1,600 NLHE event before winning the €400 NLHE. Two months later, he won the Vienna Spring Poker Festival 2nd Chance tournament for €30,500 as well as a tournament later in the year at the VIP Days series in Venlo for €27,000.

In 2009, he took down a Spring Championship of Online Poker (SCOOP) tournament on PokerStars for $133,250, playing as “PokerNoob999” as well as a Super Tuesday title for $68,693. And on the live scene, he cashed in four EPT events, the highest finish being 11th place at the EPT London. Additionally, it was that year that he made the decision to move to Malta and officially become a professional poker player.

The move seemed to agree with him, as more success was to be had by Reinkemeier. He finished in sixth place at the 2010 PokerStars Caribbean Adventure $25,000 High Roller event for $108,045, and he then won the €25,000 NLHE High Roller tournament at the EPT Grand Final in Monte Carlo for €956,000. He finished that hear with an eighth place finish at the Partouche Poker Tour Main Event in Cannes for €130,700 and an EPT Prague Main Event cash.

The first half of 2011 found Reinkemeier at final tables of high roller events at the World Poker Tour Vienna series and the Everest Poker ONE in Monte Carlo, and he took down the PokerStars Sunday Million in May 2011.

Reinkemeier was signed as the representative of the MyBet gaming company, and he continues to travel the world in search of online and live poker wins. With more than $2.2 million through only the first half of 2011, the poker pro in his early 20s has a lot of game left in him. 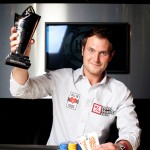 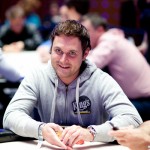 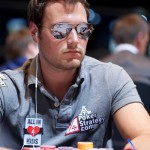 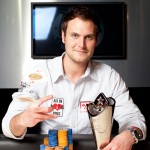