Poker players better themselves when they surround themselves with positive influences and explore all aspects of the game. Amnon Filippi has played poker in back rooms and casinos, reported on it and watched it, all while accumulating more than $2.7 million in tournament winnings.

Amnon Filippi was born on June 29, 1969, in New York City. He spent his youth in New York, attending high school and learning the ways of the streets. But it was also in high school that he first learned how to play poker, seven-card stud to be exact. He explored the game with friends and quickly found that his knack for winning was something to pursue.

He began to play in underground card clubs in New York, and when he was old enough, he frequented more card rooms and eventually traveled to Atlantic City to play. Eventually, he decided to give tournament poker a try, and Atlantic City tournament veteran Paul Darden took note of his power at the tables and the aggression he was willing to show. Darden then coached Filippi until the latter was ready for bigger tournaments.

By 2003, Filippi was beginning to find the tournament success he sought. He made his first recorded final table in a $300 7-Stud event at the U.S. Poker Championships, followed by another of the same at the World Poker Finals at Foxwoods, and even a $300 NLHE event at the Trump Classic.

With a bankroll in progress and Darden as a mentor, Filippi began playing higher buy-in events, even cashing in some like the 2004 World Poker Tour $15,000 Five Diamond World Poker Classic and the 2005 WPT PokerStars Caribbean Adventure $7,800 Main Event. And he cashed in a World Series of Poker $1,500 NLHE event.

But his first major win came in 2005 at the Bellagio Challenge Cup series, where he won the $10,000 NLHE event for $364,200. It was near that time that he declared himself a professional poker player, and he befriended other players like J.C. Tran, Nam Le, Tim Phan, and Chris McCormack. They began to travel the circuit together, trading pieces of each other and lending support.

Filippi made a prominent televised final table in 2006 at the WPT Borgata Winter Open, where he finished fourth in the $10,000 WPT Championship Event for $184,785. His next victory showed up in 2007 in the form of a Bellagio Weekly Tournament for $29,070, but he soon made another WPT final table at the Mirage Poker Showdown, placing sixth for $100,865. And a summer of WSOP tournaments gave him six cashes, one of which was fourth place in the $50,000 World Championship HORSE event for $586,080.

The accomplishments continued to accrue with even more final tables at the U.S. Poker Championship and cashes in series like the North American Poker Tour, where he finished in fourth place at the 2011 $5,000 NAPT Bounty Shootout at the PCA in the Bahamas.

In total, Filippi has accumulated more than $2.7 million in live tournament earnings, as well as some significant wins in the online poker world, in only a few years of practicing as a professional. Since he enjoys the travel and the company of his friends, the opportunities to play poker present themselves easily. 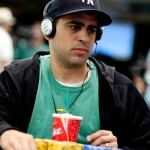 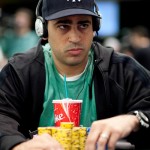 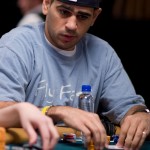