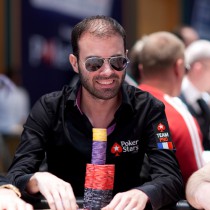 From backgammon to poker, Arnaud Mattern made a name for himself through serious study and appreciation for the games. He may not be a loud or attention-grabbing player, but his accomplishments in poker sure put him on lists of poker’s rising stars.

Arnaud Mattern was born on September 20, 1979, in France, where he lived much of his early life. The particularly studious youth learned numerous languages through his education, specializing in English, Spanish, and Russian, but also including Japanese and German. If those accomplishments weren’t enough, he also learned backgammon and began to compete.

By the time he reached university, he was playing backgammon at the highest levels of the game, and he began traveling to competitions. That left little time for schooling, and he departed university before graduation to pursue backgammon for the great challenges it provided.

Through that world, Mattern discovered poker, as the traveling competitions seemed to coincide with poker tournaments. He soon found that successful poker play required the same math and strategy skills he already developed, and he knew that poker offered the potential for an income that backgammon could not. At first, he played both games, and the successes overlapped. He won his first poker tournament in 2005 at the Texas & Omaha Italian Championships, and he went on to win the NLHE Main Event at the Gutshot London Poker Masters in 2006, all the while still accumulating a major backgammon championship title in 2006.

The poker tournament circuit soon captured the majority of his attention, and he began to travel. He finished 2006 with several cashes at a tournament in St. Kitts, and he won a NLHE tournament at the St. Maarten Open. He cashed more than once during trips to the United States in 2007, but he accomplished his first big score later that year on the European Poker Tour in Prague. He played the €4,700 NLHE Main Event and won it for €708,400. With more of a solid bankroll than he anticipated, he was officially a professional poker player.

Mattern went on to make the final table of a NLHE preliminary event at the 2008 EPT Grand Final in Monte Carlo, cashed in events like the Partouche Poker Tour Grand Final and World Series of Poker, and then made the final table of the EPT Polish Open in Warsaw, finishing fifth for €72,724. His presence on the international circuit was becoming more prominent.

In 2009, he won a team event at the Belgium Open Poker Championships, cashed in events at the WSOP and WSOP Europe in London, as well as EPT London and Prague Main Events. And 2010 boasted of even more significant finishes. He just missed the World Poker Tour Rendez-Vous a Paris final table with a seventh place finish for €82,175, but he did make the EPT Tallinn final table, ending up in third place for €160,000. He also took 12th in the WSOP Europe Main Event.

With over $1.8 million in live tournament earnings to date and a sponsorship to represent France for PokerStars online and around the world, Mattern continues to travel the world. He revels in experiencing other cultures and languages, and enjoys meeting people in and out of the poker community. 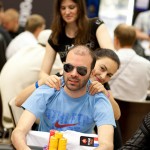 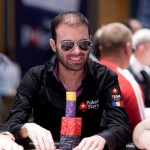 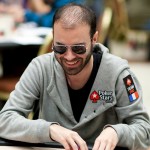 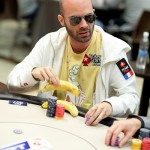