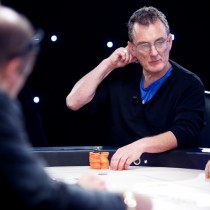 Barny M. P. Boatman is a British professional poker player and original member of the Hendon Mob. He had his first live-event cash in 1998 and in the first 13 years, Barny cashed 146 times, made 92 final tables, won 13 events, cashed at the WSOP 22 times, and earned over $2 million.

Barny was born in St. Pancras, London in 1956 and while growing up, his babysitter was future actor Dudley Moore. He left school early and was soon travelling the world, living and working in Barcelona, Australia, Hong Kong, and Sri Lanka. Over the years he has worked as a bartender, journalist, computer programmer, builder, English teacher, and as a legal advisor in Bermondsey, where he never lost a trial.

In the early 1990s, along with his brother Ross, Barny started playing poker in the home game of Joe Beevers in nearby Hendon. Befriending Joe and the other regular player, Ram Vaswani, the foursome would travel and play poker together, soon becoming known as “The Hendon Mob.” In August 2001, thehendonmob.com was launched in response to the increasing interest in both the group and the game of poker. Today, Barny writes articles and runs the website, which is well-known as the most extensive database of poker players and their tournament winnings on the internet.

Of his 11 cashes in 2007, Barny cashed in the WPT Five Star World Poker Classic, at the WSOP and the WSOP Europe, and finished 3rd in the £2,500 Grand Final at the Great British Poker Tour for £36,500. In 2008, he cashed 8 times, including cashing twice at the WSOP, and won an event at the Poker Million.

As one of the best all-around players in the UK, Barny has been one of Europe’s top-ranked players in both Stud and Omaha during his poker career. Known as \\\”The Voice of Poker,\\\” he was one of the pioneers of poker on television, regularly appearing on the Late Night Poker television series. Barny has also been a commentator for the EPT, Poker Million, the Celebrity Poker Club, World Heads-Up Poker Championship, the Victor Chandler Poker Cup, the Poker Nations Cup, and for Fox Sports Net. He also starred in his own TV series called \\\”Barny\\\’s Home Games,\\\” where he attended home poker games throughout the UK.

Barny currently makes his home in Archway, London. When he is not working on the Hendon Mob website or playing poker, he enjoys sky diving, snowboarding, and scuba diving. 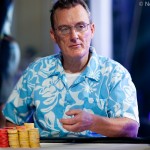 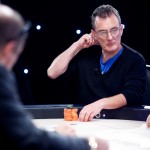 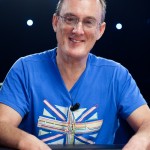