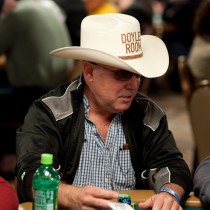 Hoyt Corkins has been a successful poker player for over 35 years. As a tournament player, he became one of the best at PLO by the early 1990s, and then he disappeared from tournament poker. He returned a dozen years later and became one of the best performers in the history of the World Poker Tour and won his second World Series of Poker bracelet.

Hoyt Corkins owns a pair of World Poker Tour titles. He won his first WPT event at Foxwoods in Connecticut in 2003. Hoyt’s second WPT title came in early 2010 in Biloxi, Mississippi. In between, in 2007, he won the WSOP $2,500 NLHE 6-Max.

Corkins became playing poker seriously in the 1970s, but he didn’t play tournaments until the late 1980s. “The Alabama Cowboy,” as he was nicknamed for his trademark hat and boots, learned poker as a teenager from his father. Though he did take a decade break from tournament poker, his return over the last decade brought him even greater success than he enjoyed in 1989-1992.

It was at this point in his career that Corkins left tournament poker for a dozen years. He stayed in Mississippi, playing locally when riverboat casinos in the state began offering poker. When he saw tournament fields expanding – especially after Chris Moneymaker won the WSOP Main Event – he returned to the tournament poker scene in a big way. In 2003, he won a WPT title, the World Poker Finals Foxwoods, and earned $1,089,200.

Corkins won his second WPT title in Biloxi, Mississippi in January 2010.  He took down the Southern Poker Championship and earned $713,986.

Although Corkins still owns land and cattle in his home state of Alabama, he resides in Las Vegas with his girlfriend, Sascha. 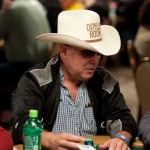 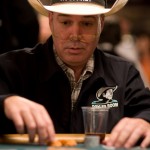 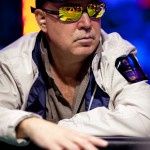 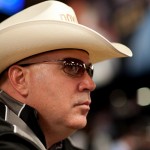 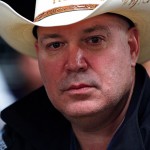