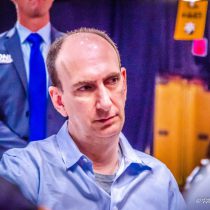 Erik Seidel is a professional poker player and member of the Poker Hall of Fame who made his first live event cash in 1988. In the first 24 years of his career, Erik cashed 196 times, made 133 final tables, won 27 events, cashed at the WSOP 70 times, won 8 gold bracelets, won a WPT title, and earned over $16.8 million.

Born on November 6, 1959 in New York City, Erik dropped out of college to play tournament backgammon. On a trip to Las Vegas to play in a backgammon tournament, he discovered poker. Upon returning home to NY, he formed a poker study group with fellow members of the famous Mayfair Club, which included future pros Dan Harrington and Howard Lederer. Although Erik’s love of competition helped him become a winning poker player, he continued working as a trader on Wall Street for a steady paycheck. When the stock market crash of 1987 hit, he went back to the poker tables.

It was just one year later, in 1988 that Erik cashed in his first major tournament when he was runner up to Johnny Chan for $280,000 in the WSOP Main Event. His final hand against Chan became legend when it was featured in the 1998 poker movie Rounders. Later the same year, Erik won the $1,000 NLHE event at the Diamond Jim Brady tournament for $144,000.  It was during this time that he moved his family from New York to Las Vegas so he could pursue his new career as a full-time poker player.

At the 2011 National Heads-Up Poker Championship, Erik won $750,000 when he defeated Chris Moneymaker, which moved him into 1st place on the all-time tournament money list.

He just missed his second WPT title when he finished runner-up to earn $155,103 in the Main Event at the Hollywood Open, but the next month, he won the $100,000 NLHE Super High Roller Event at the Annual Five Star World Poker Classic to take home $1,092,780.

The WSOP hadn’t even started and already Erik had earned over $5.4 million dollars in 2011. Once the WSOP got underway, he cashed 5 times but failed to make a big score or add to his bracelet collection. In August, he had a runner-up finish in the Inaugural Epic Poker League Main Event for $604,330. He followed up with a 4th place finish in the second Epic Poker League Main Event for $184,100 and his second consecutive final table appearance.

With 8 WSOP gold bracelets won in 5 different games, Erik stands in 5th place for all-time bracelet wins behind Phil Hellmuth, Doyle Brunson, Johnny Chan, and Johnny Moss. As a testament to his enormous success and lifetime contribution to the game of poker, Erik was inducted into the Poker Hall of Fame in 2010 beside his longtime friend Dan Harrington.

Although appearing quiet and reserved, Erik Seidel is one of the most successful players to ever play tournament poker. Not only is he highly respected by his peers, but Erik has proven that players don’t have to be boisterous or flashy to succeed, and stands as an excellent role model for young players. When he is away from the poker tables, Erik can be found enjoying time with his family, listening to music or playing tennis. 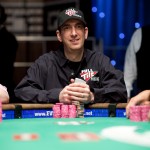 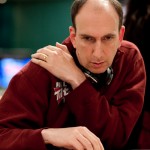 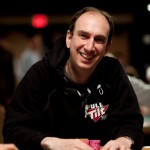 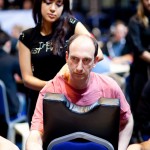 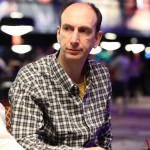 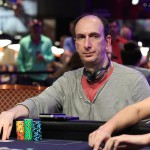