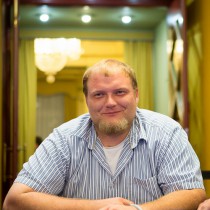 Keven Stammen is a professional poker player who made his first live-event cash in 2006. In his first 6 years, Keven cashed 38 times, made 13 final tables, won 3 events, cashed in 15 WSOP events, won a gold bracelet, and earned nearly $1.2 million. During that time, he was also a successful online player, with earnings over $5 million.

Born on November 15, 1985 in Ohio, Keven started playing poker in the clubs close to his home while attending Coldwater High School. Commenting on his poker career, he has said,” I\\\\\\\’ve always been a poker player. Ever since I was like 15 or 16.”

After finding success playing online, he decided to play poker professionally when he was 18. When he was 19, he started playing cash games and tournaments in the casinos in Windsor, Ontario, Canada.

In 2009, Keven only cashed 4 times, but one of those cashes was the biggest of his career. After making the money in the Main Event at the PokerStars Caribbean Adventure (PCA), he cashed twice at the WSOP, claiming his first gold bracelet in the $2,500 NLHE to win $506,786 when he outlasted the 1,088-player field. His other cash that year was a final table finish at the Bellagio Cup.

Keven started 2010 by cashing twice at the WSOP, where his best effort was 15th in the $5,000 NLHE Shootout for $16,607. At the EPT/UKIPT London, he finished 21st for £21,000 in the Main Event, then cashed in the Regional Championships event at the WSOP Circuit event at the Horseshoe Hammond. For his last cash of the year, he was at the World Poker Finals Mashantucket, where he finished 5th in the WPT $9,700 NLHE Championship event to earn $128,650.

In 2011, Keven once again started his year at the WSOP, where he made the money in 4 events. He then cashed at the Indiana State Poker Championship, the WSOP Europe Cannes, finished 5th for €89,670 in the €5,000 NLHE Dutch Open at the Master Classics of Poker, and cashed at the EPT Loutraki.

With combined live and online earnings of over $6 million, Keven is one poker player who seems to have made the right decision to go pro right out of high school. When he is not circling the globe to play in live events, Keven likes to hang out with his friends, party, drink beer, listen to music, and ski. 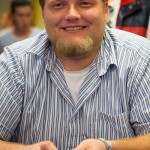 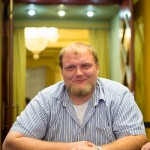 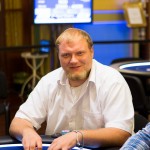 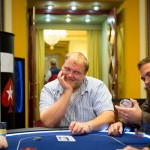