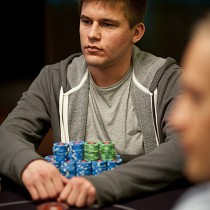 Byron Kaverman is a professional poker player who made his first live-event cash in 2008. In the first 3 years, he cashed 13 times, made 8 final tables, won an event, cashed at the WSOP 3 times, and earned $800,000.

Born in 1987, Byron was raised in Ohio, where he still lives. He started playing poker in 2005 and continued playing while attending Tiffin University where he studied psychology.

As of October, Byron had cashed 11 times in 2011. His first cash in almost 3 years was at the PokerStars Caribbean Adventure, where he won the $5,000 NLHE 8-Max to collect $320,840. At the EPT Copenhagen, Byron was runner-up in the NLHE Turbo Bounty event for DKr73,530 before cashing at the EPT Grand Final Madrid.

Byron loves to travel, which suits his career as a poker pro. When he takes a break from poker, he enjoys hanging out with his family and friends, and is also an avid soccer player and skier. 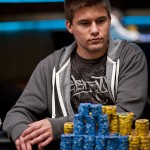 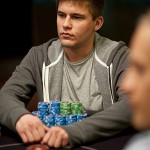