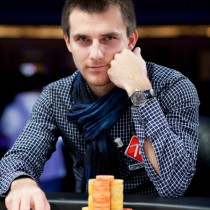 Andrey Pateychuk is a Russian professional poker player who made his first cash in 2010. In his first 2 years, Andrey cashed 10 times, made 6 final tables, won an EPT and WPT event, cashed at the WSOP, and earned over $2.1 million.  He is also a very successful online poker player.

Although Andrey was a relative unknown on the live poker circuit, that changed in 2011 when he won a pair of major titles and cashed at the WSOP. He started the year by making the money at the Russian Poker Series in Kiev and Riga. At the 2011 WSOP, his name became known internationally when he finished 15th in the Main Event to collect $478,174.  He became even more well-known in October, when a day after his 22nd birthday, he won the EPT San Remo €4,600 NLHE Main Event. At the final table during heads-up play, Andrey and Dimitar Danchev agreed to a chop that gave each player €600,000 with €80,000 left to play for. It took another 2.5 hours for Andrey to bust Danchev to earn €680,000 and his first EPT title.

Andrey’s next cash was at the Russian Poker Tour Kiev, where he finished 4th in the €640 NLHE Grand Event for €19,475.  Less than two months after his EPT victory, Andrey captured his 2nd major title, at WPT Prague, when he prevailed over a record-breaking field of 568 players to win the €3,200 NLHE Main Event. After a 10-hour final table, Andrey won his first WPT title and €450,000.  To end his year, he finished 6th in the €10,000 NLHE Re-Entry event at the EPT Prague for €26,950. By accumulating more than $2 million on the tournament earnings in 2011, Andrey made the top 20 of the year\\\’s money list, and was the leading Russian on that list, edging out WSOP bracelet winner Max Lykov.

With an EPT and WPT title under his belt, Andrey is now setting his sights on the 2012 WSOP Main Event, and hopes to be crowned the first player from Russia to win poker\\\’s the triple crown. His plans for his next visit to Las Vegas fit perfectly with some of his favorite things, which include cash games in Vegas, big cities, nightclubs, sports, and cars. 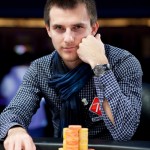 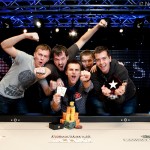 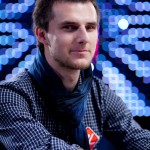 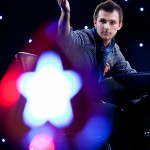 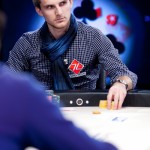