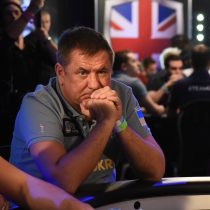 Alexander “Alex” Dovzhenko is a professional poker player from Russia who made his first live-event cash in 2001. In the first 11 years, Alex cashed in 75 events, made 56 final tables, won 9 events, cashed at the WSOP 13 times, and earned over $1.4 million.

Born in Kiev in 1964, Alex grew up to be a professional chess player. In the 1990s he discovered poker and began playing in home games with friends and in poker rooms near his home in St. Petersburg. Although he quickly became skilled in all variations of poker, Stud-8 became his favorite game.

In 2001, Alex began playing live events close to home. He made his first cash at the 2001 Open Championships of Russia in St Petersburg when he finished 9th for $900 in the $500 NLHE. He then made a pair of final tables at both the Moscow Open, and the Winter Tournament Olympia, where he won the $500 NLHE tournament for $11,500. Since the “poker boom” hadn’t hit Russia yet, the fields were small in the events Alex entered, and so were the prize pools.

All 4 of Alex’s cashes in 2005 were at the Taleon Masters where he final tabled every event, winning the $100 NLHE and the $300 PLHE for a total of $9,000. In 2006, after making a final table at the East Europe Poker Championships, Alex won the $300 NLHE at the Partypoker.com Saint Petersburg Poker Open to earn $11,400. He went on to final table events at the Russian Poker Championships, and twice at the Perla Poker Parade where he was runner-up in the €300 PLO for €6,624.

By 2009, Alex had become friends with Team PokerStars Pro Alex Kravchenko, who encouraged him to play online and in bigger live events. Although he had some small wins playing at PokerStars as “berserk64,” it was in the live arena that Dovzhenko had his greatest success, eventually rising to the 3rd spot on the all-time Ukraine money list.

Alex’s other pair of cashes in 2009 saw him back at final tables. At the EPT Barcelona, he won the €1,000 PLO to earn €39,400, and finished runner-up in the Nations Cup at the Poker EM/ European Poker Championship for €22,725. His performances that year won him a nomination at the 2010 Russian Poker Awards for Player of the Year. After playing poker for over 2 decades, Alex’s name was finally being recognized in the poker world.

Alex started 2011 by cashing at the PokerStars Caribbean Adventure. He then cashed in the Main Event at the L.A. Poker Classic, and finished in the money in the $1,500 NLHE at the Big Event Los Angeles to earn $18,200. After cashing at RPS Kiev and EPT Grand Final Monte Carlo, he made the money in 4 WSOP events, including a 15th place finish in the $5,000 PLO-8 to earn $20,299.

Even though Alex has had impressive results in Hold‘em, he has said he is not a big fan of the game and only plays it “because all the younger people play it.” As he approaches his late forties, Alex continues to prove that you don’t have to be young to be a successful poker pro, and is definitely a player to watch in the future. 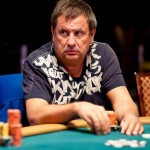 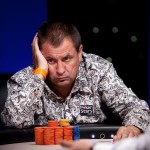 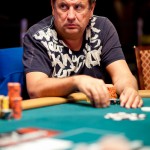 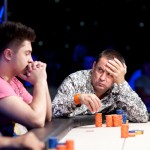